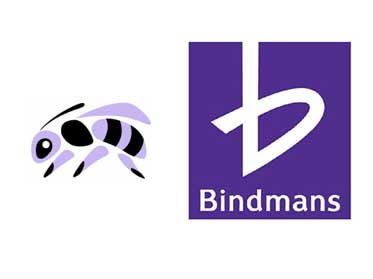 The Department of Work and Pension are currently not accepting any new complaints of Maladministration regarding the increase of the State Pension age for women born in the 1950s.  This is because of a Judicial Review undertaken by another campaign group.  We will issue an update when further information is received.

Meanwhile you can read about the progress of the complaints which are being investigated by the Parliamentary and Health Service Ombudsman here: Complaints of Maladministration – WASPI – Women Against State Pension Inequality

If ever there was a time to stand up and be counted as a WASPI woman, it is now.

If there ever was a time when women needed to help other women in a similar situation as you, waiting up to six extra years for your pension, it is now. And if you ever needed to give some time to make a formal complaint to the DWP about a case of maladministration….it is that time. There is no easy way to do this. There is no quickstep to the legal process. It requires that we take action and don’t wait for someone else to do it for us. We have to turn up the heat and we can all help. Tell your friends; send your letters play YOUR part. We want to cause such a high volume that it will further compel the Government to look in earnest at making remedy for the “grotesque disadvantage” and financial loss we have suffered.

WASPI have a “Guide to DWP Complaints“, produced by top London lawyers Bindmans. It takes into account all the different issues which affect us. It will ensure that our complaints going to the DWP cover all the necessary points and will move WASPI on to a mass complaint to the Parliamentary Ombudsman, which can help us to get justice.

It involves effort, resolve and determination to do it. But if we don’t make that effort we’re sending a strong message to the Government that we don’t have the heart to fight the injustice. As many of us as possible must make a complaint to the DWP – get going on yours now!

It must hurt, and it must sting.

There are 3.8 million affected by the lack of notice of the 1995 and 2011 Pensions Acts. Not all of them even know its happened.

We can help them by making our own complaints and helping others to make theirs. Don’t leave it and think someone else will do it. This is your pension and your fight. Look at the links above where you can get the “Guide to DWP Complaints” and template letters which will help you make your complaint. You will also see a Guide to Maladministration which you may also like to read:

STAGE 1: Start the process of making a complaint to the DWP. Use this template letter as a guide to register your dissatisfaction and formally record your complaint.

STAGE 2: Once you’ve had a response to your stage 1 complaint then you’re ready to do your next letter and can use this template.

STAGE 3 & 4 (for women born AFTER April 1953): Once you’ve had your response to the previous letter, you’ll see you’ve 6 months to do your next letter. It’s important to stay within the timelines given. See Guide to DWP Complaints and use this template for this stage if you were born after 1953.

STAGE 3 & 4 (for women born BEFORE April 1953): Once you’ve had your response to the previous letter, you’ll see you’ve 6 months to do your next letter. It’s important to stay within the timelines given. See Guide to DWP Complaints and use this template for this stage if you were born before 1953.

STAGE 4: Once you’ve had your response you then write to the Independent Case Examiner (ICE) See Guide to DWP Complaints

After this stage you may receive a letter from an Initial Case Action Manager asking you to make contact and define the nature of your complaint. (See Guide to Complaints page 7) You may wish to respond in writing and using the Template letter