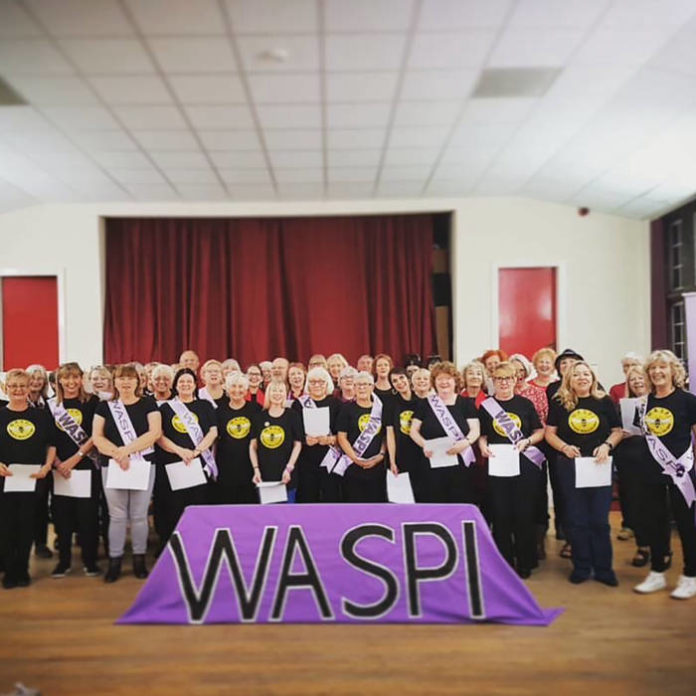 The Newcastle Wear and Tees WASPI women have just launched their Geordie WASPI Anthem, a call to action to the tune of The Blaydon Races. For months the women have worked with Musical Director Bethany Elen Coyle and the North East Socialist Singers to record the anthem. A film of the recording has been made by Joe Haydon of Vision Made Reality.

Lyric writer and organiser Christine Smith says she composed “a day in the life of a WASPI woman” while doing the chores, and realised it spoke for the 3.9 million women in the UK who are losing up to £45,000 of their State Pension entitlement, and waiting up to an additional 6 years, without being given notice, and many without time or money to make alternative arrangements.

A host of MPs from the North East attended the launch, along with The Mayor of Newcastle, Councillors from Newcastle and North Tyneside, Dame Vera Baird QC, Professor Karen Ross, and representatives from Unison, PSC AND GMB UNIONS.

The song, which is available for just £1 (plus 20p VAT) with the option of a voluntary donation can be downloaded here (link opens in new tab).

When you have paid you will receive an e mail with instructions.

PLEASE SUPPORT THE CAMPAIGN, DOWNLOAD YOUR COPY AND SING ALONG NOW!