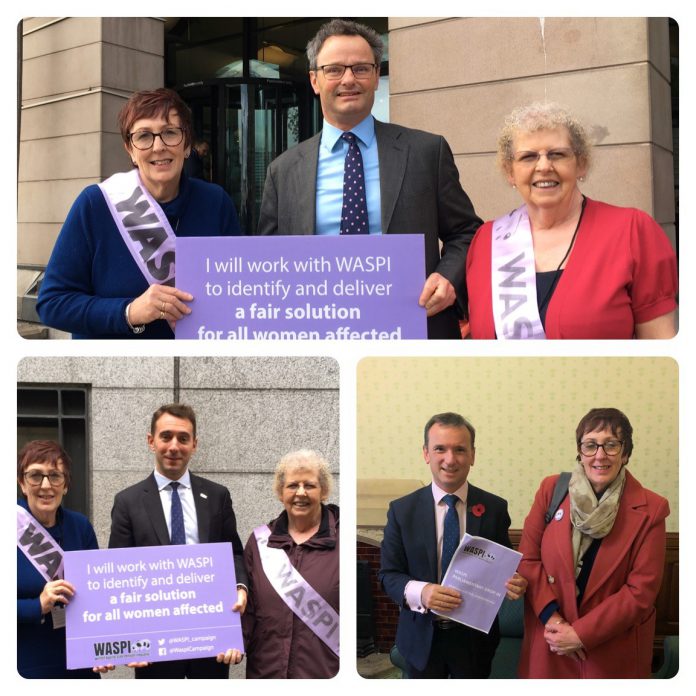 Yesterday, Tuesday 29th October 2019, was momentous in Parliament so WASPI were delighted to be able to go ahead with planned meetings. We met with Peter Aldous MP (Waveney) who has supported WASPI for a long time and spoken up for us in the House on several occasions. He has offered to make representations to the Secretary of State for Work and Pensions, and we were on his “shopping list” for the Conservative Manifesto. We met Luke Graham MP for Orchil and South Perthshire, – Parliamentary Private Secretary to the Cabinet Office and we discussed the possible ways compensation could be achieved for WASPI women. A meeting with Anne Main MP was postponed because of a vote in the house, we met her recently and hope to meet with her again in the near future. We also met Alun Cairns MP, Secretary of State for Wales, representing the 6,700 women in his constituency of Vale of Glamorgan who are affected by the State Pension age increases. We were pleased to have the opportunity to bring him up to date with the WASPI Campaign and our aims. All of these MPs can make a difference for WASPI women and we appreciate the time they gave us.