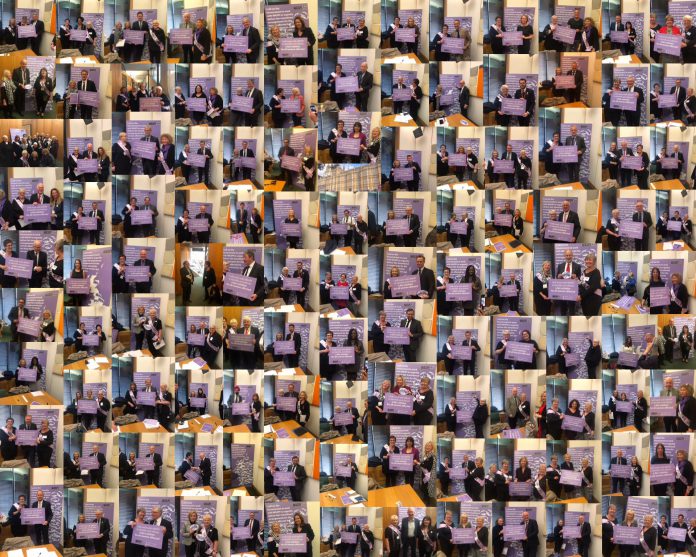 A recent Appeal brought by the campaign group, Back to 60, claiming that increases to women’s State Pension age (SPa) were unlawful, was lost on all grounds.  Our understanding is that the legal case aimed to get full restitution of lost State Pensions by seeking a judgement of discrimination.

This was not The WASPI Campaign’s fight to lose.

Women Against State Pension Inequality (WASPI) feel it is now time to reiterate The WASPI Campaign aims, which are very different from that claim of discrimination.  WASPI is campaigning for fair transitional arrangements for all women born in the 1950s, who are affected by SPa changes made by the 1995 and 2011 Pension Acts.  The effect of these were to increase the SPa for WASPI women by up to six years. There was insufficient notice given for these changes. Women were simply not properly informed. In fact, the steps which Government considered adequate to inform us fell short of good practice, and, as a result, lulled women into a false sense of security. Whilst, as a Campaign, we accept equalisation of the age of retirement with men, the way it was implemented has caused extreme hardship and wrecked the retirement plans of 3.8 million women. The WASPI Campaign is primarily about lack of notice and misleading information.

We have lobbied hard in Parliament and gained significant cross-party support. We have never believed that any Government would agree to full restitution of our lost pensions, or to reverting the SPa for women to 60.  We took legal advice in 2016 which concluded that the most appropriate course of action was to campaign for a compensation payment, a bridging pension between our original SPa and our new one.  This took the form of complaints of maladministration to the Department of Work and Pensions.  The court action delayed the process by 12 months, but six sample cases are now being investigated by the Parliamentary and Health Service Ombudsman (PHSO).

We hope that there will be no further delay to the considerations of our maladministration complaints and that WASPI women will be justly compensated for the appalling lack of communication of SPa changes, which was so essential for women in our cohort.  We also hope that we will be able to count on your support to implement any recommendations made by the PHSO.   We look forward to bringing you an update on this in the future.

For further information about The WASPI Campaign please contact Debbie de Spon via email at waspicomms@gmail.com or telephone 07881 405499.