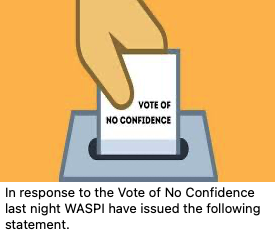 “The Prime Minister now says he wants to move on from internal party wrangling and ‘get on with the job’”, said campaign chair Angela Madden. “A serious part of that job should now be to resolve this years-long injustice to women born in the 1950s. The Ombudsman is quite clear that there is nothing to stop government awarding fair, fast compensation now.”
The Parliamentary and Health Service Ombudsman (PHSO) has found that the Department for Work and Pensions was guilty of maladministration in its handling of State Pension Age changes. The absence of targeted letters to the women affected meant that “the opportunity additional notice would have given them to adjust their retirement plans was lost,” according to the Ombudsman.
WASPI has been campaigning for seven years for compensation for the mistakes made. Yet Ministers refuse to discuss the issue with campaigners, claiming the Ombudsman must do more work first. Meanwhile research commissioned this year by WASPI showed that 220,000 women will have died by the end of this year, waiting for justice.
Commenting further, Angela Madden said:
“We have had months and months of infighting from this government, and all the while they refuse to meet with our campaign. If Boris Johnson is serious about making a difference for this country, he should now be asking his ministers to listen to the 3.6m women affected by DWP maladministration.
“The first step is to sit down with us and talk about a resolution. That’s something the Prime Minister could make happen this week if he chose to.”

Open letters to the Candidates for Leadership of the Conservative Party

A guide to WASPI: the women campaigning for pension equality